Size750mL Proof100 (50% ABV)
Old Overholt Bottled in Bond Straight Rye Whiskey is a bonded edition of the American classic, aged for least 4 years, and bottled at 100 proof. Its accolades include a Gold Medal at the 2020 International Spirits Competition, and place among Whisky Advocate’s Top 20 Whiskies of 2020.
Notify me when this product is back in stock. 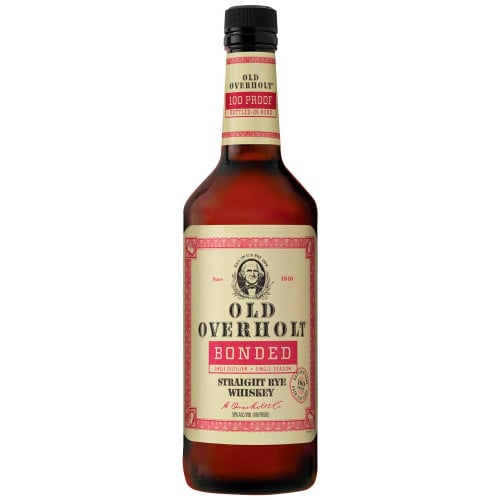 Henry Oberholzer was a German Mennonite farmer who moved to West Overton, Pennsylvania, in 1800, and added a still to the family farm in 1803, taking up the tradition of distilling rye whiskey. His son Abraham Overholt took over the distillery in 1810, and turned it into a true business. The company grew steadily throughout the century, and by 1859, it operated out of a new distillery building with the capacity of producing 860 gallons per day. By 1900 Old Overholt, which is how the brand was named in 1888, was a nationally recognized brand, and became one of the largest and most respected whiskeys in the country in the early 20th century. When Abraham’s grandson Henry Clay Frick died in December 1919, he left his share to Andrew Mellon, ending family ownership in the company. During the Prohibition Old Overholt held a permit for selling medicinal whiskey, which allowed it to sell existing whiskey stocks to druggists for medicinal use. As drinkers switched from whiskey to vodka after World War II, rye whiskey makers were hit especially hard, and Old Overholt became the only nationally distributed straight rye. In 1987, Old Overholt was acquired by the James B. Beam Distilling Company, and is today part of the Suntory family.

Old Overholt Bottled in Bond Straight Rye Whiskey is a bonded edition of the old American classic. Bottled in bond means that the whiskey was produced in one distillation season, by one distiller at one distillery, and was aged for least 4 years in a federally bonded warehouse, before being bottled at 100 proof.

The nose opens with spicy rye, with notes of caramel, vanilla and fruit. The palate has baking spices, oak, pepper, caramel and vanilla. The lengthy finish offers aromas of rye spice, vanilla and oak.