Be the first to review this product
This 100-proof bourbon carries the signature of George Gavin Brown on the label, a nod to how the legend would sign each bottle in the olden days.
$31.99
Add to Wish List

The Old Forester Signature 100 Proof Bourbon is a tribute to founder George Gavin Brown, carrying his signature on the label — he would sign all the bottles himself in the olden days. It's made from a mash bill of 72% corn, 18% rye, and 10% malted barley and bottled at 100 proof. It's a well-balanced affair with plenty of caramel, cherry, and oaky spice, along with some coffee and chocolate on the nose. The rich palate adds to that some fruity notes, nuts, maple syrup, and caramel. Finishes spicy and complex with pepper, cloves, nutmeg, and oak.

The nose has plenty of caramel, cherry, and oaky spice, along with some coffee and chocolate. The rich palate adds to that some fruity notes, nuts, maple syrup, and caramel. Finishes spicy and complex with pepper, cloves, nutmeg, and oak. 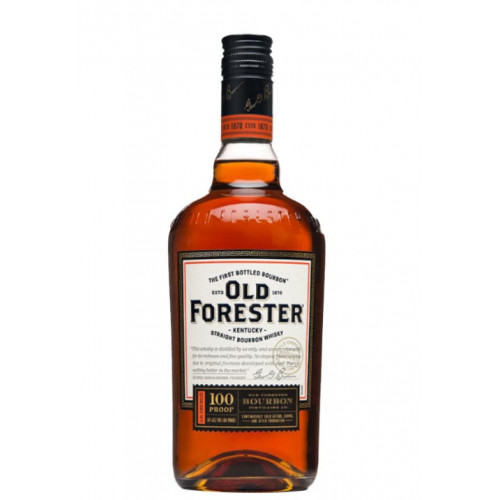