Size750mL Proof100 (50% ABV)
This historic recipe was acquired in 1940 by Owsley Brown I.
Notify me when this product is back in stock. 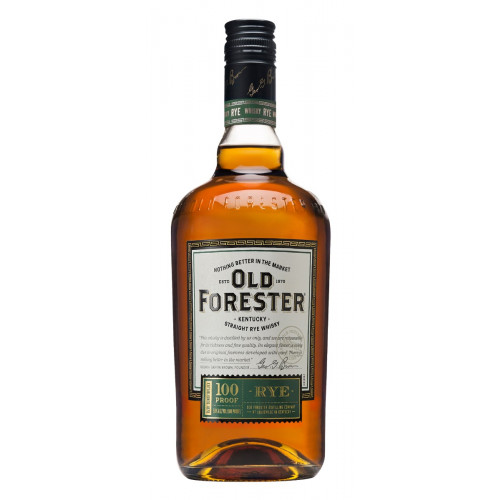 This historic recipe was acquired in 1940 by Owsley Brown I, Old Forester Rye features a mash bill of 65% Rye, 20% Malted Barley, and 15% Corn. This high proportion of barley yields a natural fermentation process, and a unique floral character, balancing the sharp, brisk spice of the rye grain. At 100 proof, Old Forester Rye plays beautifully in a cocktail but also stands up boldly on its own.

Rich brown sugar and magnolia blossom, with hints of soft sassafras and candied lemon on the nose. Spice awakens on the palate immediately leading with sharp black pepper and cinnamon stick, rounding out with notes of dried dill and baked apple. The finish is complex with notes of allspice and peppercorn introduce a loyal and dry finish which ignites with pine, anise, and bright lemon zest.