Size750mL Proof100 (50% ABV)
Channeling the vast rye-making experience of Greg Metze, this expression is crafted with a mash bill of 95% rye and 5% malted barley. Old Elk's signature Slow Cut process ensures that even the lightest flavors of this 100 proof whiskey remain intact.
Notify me when this product is back in stock. 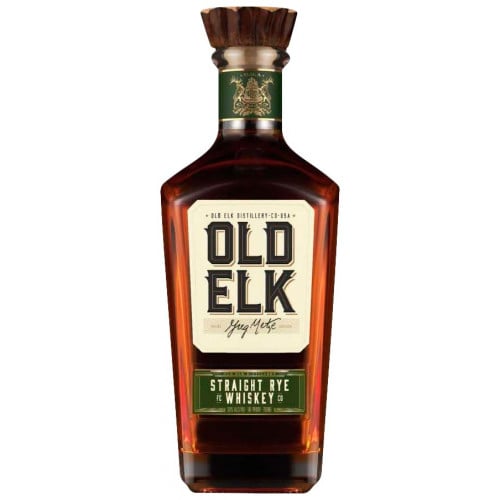 Their bourbon is handcrafted using a signature Slow Cut proofing process, which is said to enhance the bourbon’s flavors through a meticulous technique where the spirit is cut to proof, left to rest, and the process is repeated over the course of multiple weeks. This method takes significantly longer than the traditional 24-48 hour proofing process. This extra time allows the flavors to mingle, resulting in a smoother, more balanced bourbon. As less heat is produced, the lighter flavors stay in the liquid.

Greg Metze has distilled over 280 million bottles of rye whiskey in his illustrious career. Old Elk's Straight Rye Whiskey taps into his vast knowledge with a mash bill of 95% rye and 5% malted barley, employing their Slow Cut process to cut the liquid down to proof with Colorado mountain water. Aged 5 years and bottled at 100 proof, it's a clean, crisp, and spicy expression that has won numerous prestigious awards, including being named "Best American Rye Whiskey" at the 2020 International Whiskey Competition.