Size750mL Proof90 (45% ABV)
This whisky earned a score of 93 points at the Ultimate Spirits Challenge in 2014, which named it Japanese Whisky of the Year. 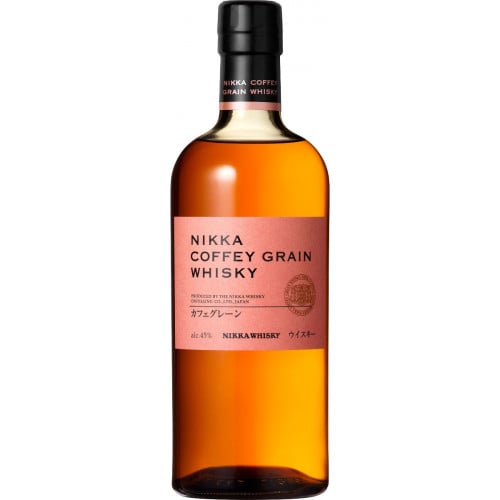 Nikka Coffey Grain Whisky is a whisky meticulously crafted at the Miyagikyo Distillery. Once the grains arrive at the distillery, they are milled and mashed before being distilled through copper-pot stills that were imported from Scotland in 1963. As a result of their age and shape, the stills produce a whisky that is more flavorful and complex than modern column stills. Following distillation, the whisky is matured in traditional oak casks.

Nikka Coffey Grain Whisky has an aroma of tropical fruits, bananas and papaya. The aroma gives way to notes of soft vanilla, caramel, wafers and dried fruit on the palate, and leads to a finish accented by notes of citrus.

The whisky earned a score of 93 points at the Ultimate Spirits Challenge in 2014, which named it Japanese Whisky of the Year.

Pick up a bottle of Nikka today!

Aroma of tropical fruits, bananas and papaya. Notes of soft vanilla, caramel, wafers and dried fruit on the palate. Finish accented by notes of citrus.