Size750mL Proof80 (40% ABV)
Made with grapes from the Charentais hillsides, this fragrant, fruity, and bold VSOP cognac is double-distilled using traditional copper pot stills over an open fire, then matured in French oak casks. 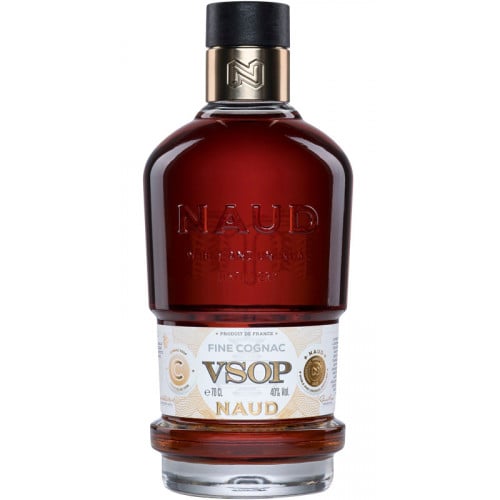 Naud Cognac VSOP is a fine showcase of the tradition and expertise that the cognac house is built upon. Crafted with grapes from vineyards on the Charentais hillsides, the cognac is double-distilled using traditional small copper pot stills over open fires. Then, the cognac is left to mature in French oak casks before being blended by the Cellar Master.

Get your bottle of this VSOP cognac today!

The cognac is a beautiful auburn with golden highlights. You'll find vanilla and dried fruit on the nose along with hints of cinnamon and nutmeg. The palate is soft and fruity with orange, peach, and a touch of oak that lingers through the finish.