Size750mL Proof80 (40% ABV)
This unique cognac is perfect for sherry, and even whiskey lovers, finished in PX Sherry casks for at least four months.
Notify me when this product is back in stock. 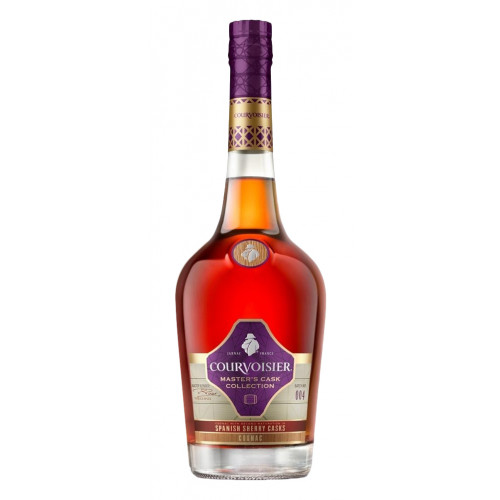 Established in Paris, in the French suburb of Bercy in 1809, by Emmanuel Courvoisier and Louis Gallois, the then mayor of Bercy. Courvoisier began as a wine and spirits company. Initially starting out as cognac traders for, the duo eventually became producers of cognac.

The cognac label gained immense notoriety when Napoleon Bonaparte’s heir Napoleon III personally requested Courvoisier in 1869 personally bestowing the cognac house with the honorable title of ""Official Supplier to the Imperial Court"" a distinction that is well known to this day, prominently displayed at the Courvoisier museum in Jarnac.

Centuries later Courvoisier has become a household name. The drink of choice amongst royalty and famous icons. The company, now owned by Beam Suntory, has been making Cognac, and only Cognac for more than 200 years.

Pinet experimented with a number of different sherry casks, eventually deciding on the Spanish Pedro Ximénez Sherry cask for this particular project.

The eau-de-vie is, initially aged in regular wooden barrels. The blend is a marriage of eaux-de-vie that have been aged between two and a half to eight years. This provides the eaux-de-vie with the optimal amount surface area of oak imparting its flavors on the liquid housed within. The eau-de-vie is then finished in PX Sherry casks for at least four months, yielding a uniquely different flavorful sensation.