Learn more
Size750mL Proof86.8 (43.4% ABV)
Presented in a bottle designed by Laurent Hainaut, this single malt is the first release in the new range of Mortlach single malts.
Notify me when this product is back in stock. 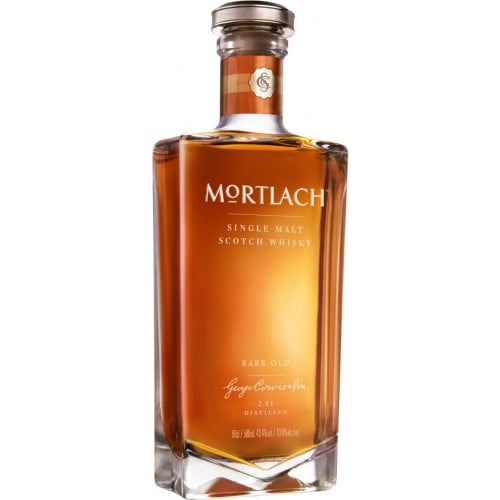 Mortlach Rare Old Single Malt Scotch Whisky is the first release in the new range of Mortlach single malts. Presented in a bottle designed by Laurent Hainaut, the whisky has a golden amber color, along with an aroma of toffee, fudge, wood spices and dried fruits. Notes of cinnamon, raisins, stewed apples and apricots dominate the palate, and lead to a finish accented by earthy minerals, cocoa powder and peppers.