Size750mL Proof116.2 (58.1% ABV)
This range-topping straight bourbon has spent a whopping quarter of a century in fire-charred American oak before being selected by Master Distiller Dan McKee and Master of Maturation Andrea Wilson for bottling. It's classic bourbon, extensively aged to perfection.
Notify me when this product is back in stock. 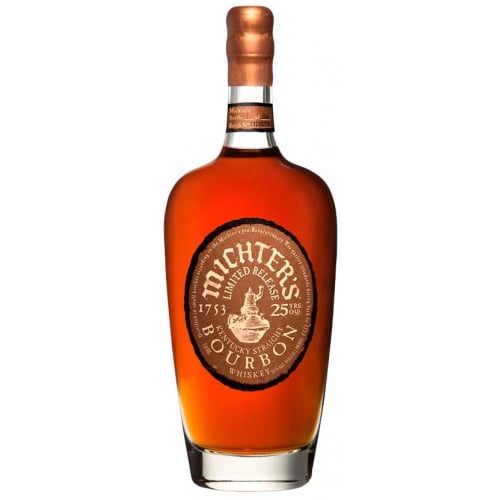 It's the two 25-year-olds that are the crown jewels in Michter's lineup, the range-topping Straight Rye and Straight Bourbon expressions. These limited-production whiskeys are available as stock permits and have spent a quarter of a century in the distillery's finest barrels before being granted the seal of approval by Master Distiller Dan McKee and Master of Maturation Andrea Wilson. Michter's 25 Year Kentucky Straight Bourbon is aged in new, fire-charred American white oak and is bottled at 116.2 proof. It offers great complexity and an exquisite balance of all the classic bourbon notes.