Learn more
Size750mL Proof80 (40% ABV) *Please note that the ABV of this bottle may vary
This blended malt whisky was created in honor of legendary polar explorer Sir Ernest Shackleton.
Notify me when this product is back in stock. 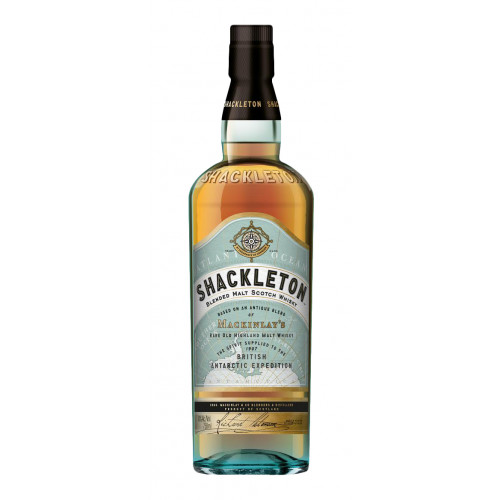 Analysis of the original Shackleton Whisky determined that the whisky was made exclusively from malted barley, which had been lightly peated with peat sourced from the Orkney Islands (the home to Highland Park Distillery).

After tasting a small sample of the century-old whisky, Patterson set about to create a malt whisky that replicated the aroma and flavor profile of the original Shackleton Whisky. This Shackleton blend is comprised of a rare Glen Mhor cask, and some heavily peated Dalmore in addition to Glenfarclas, Mannochmore, Tamnavulin, Ben Nevis, Aultmore, Fettercairn, Pulteney and Jura whiskies. You can expect notes of smoke, rich sweetness

Bonfire on the nose with a subtle sweetness. The palate is rich with dark syrupy notes and candied pecans followed by malty notes and a dose of peat smoke. The finish is warming and peppery with oak.