Size750mL Proof80 (40% ABV)
Aged for a minimum of 19 years, this is the first Glenfiddich whisky matured exclusively in used bourbon casks.
Notify me when this product is back in stock. 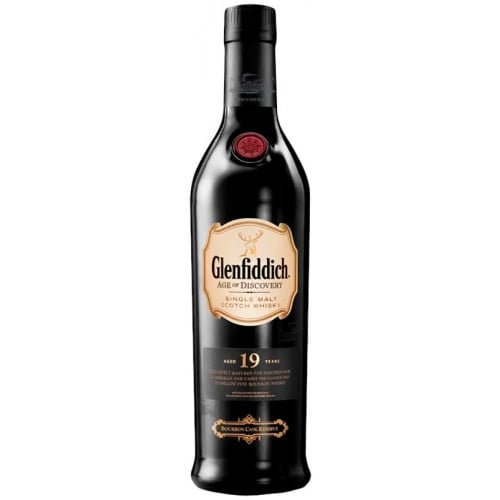 As a result of this unique maturation process, the whisky has a golden barley color, along with an aroma of crunchy toffee, butterscotch and citrus. The aroma gives way to notes of rich vanilla, leather, Cuban tobacco and plums, and ends with a long and sweet finish. Glenfiddich Age of Discovery earned the Gold Medal at the International Wine and Spirits Competition in 2013, and was just released to the United States.

Golden barley color, along with an aroma of crunchy toffee, butterscotch and citrus. Notes of rich vanilla, leather, Cuban tobacco and plums on the palate. Ends with a long and sweet finish.