Size750mL Proof86 (43% ABV)
This Caribbean Rum Finish is comprised of a distinctive line single barrels and strictly limited releases of Single Malt from some of the best distilleries. Once it’s gone, it’s gone forever.
Notify me when this product is back in stock. 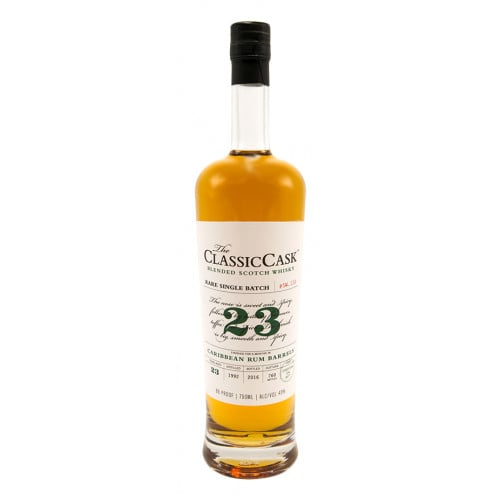 This Classic Cask 23 Year Old Caribbean Rum Finish is part of a series of four twenty-three year-old Spirits released in tandem. After 23 years of aging the whisky was placed into former Caribbean Rum casks that once held Solera aged rums, for 6 months. During that period, it picked up the distinctive rum features which added a new dimension to this thoroughly engaging whisky.

Delicate and light aromas with complex notes of spice cake, mint and exotic fruits, followed by subtle smoke. The palate is full of toffee, and a hint of banana and cream topped with granola. The finish is vibrant and crisp.