Size750mL Proof60 (30% ABV)
This twist on the famous Luxardo Bitter Rosso has all the flavor with (nearly) none of the color. The same infusion of botanicals is there, except they are distilled before blending, resulting in a higher proof and clear liquid that is perfect for making clear versions of popular cocktails.
Notify me when this product is back in stock. 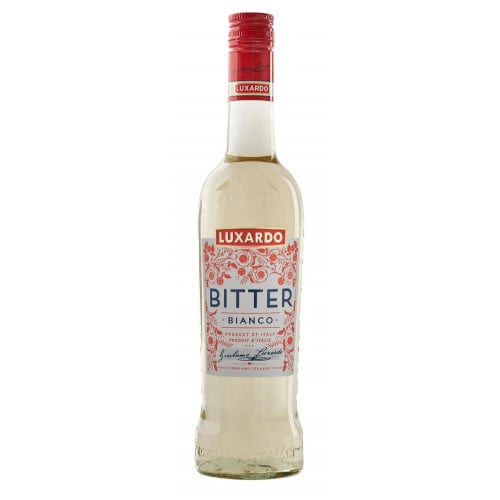 Luxardo Bitter Bianco marks the return of the world's first clear Italian liqueur. Made using the signature recipe from the 1930s it contains the same infusions of botanicals as the Luxardo Bitter Rosso (rhubarb, thyme, bitter orange), except that they are distilled before blending, resulting in a higher proof. The clear liquid brings a lighter twist to cocktails such as the Bianco Negroni or Bianco Spritz.

This bitter liqueur is clear, making for an unusual twist on popular cocktail recipes. The bitter-sweet profile has orange zest, wormwood, gentian, and rhubarb notes, as well as just the right amount of sweetness and a bitter finish.