Learn more
Size750mL Proof95 (47.5% ABV) *Please note that the ABV of this bottle may vary
"The Jokester" is a Kentucky straight bourbon that has been aged for 6 years. Its balanced and complex profile has brought the bourbon a Double Gold Medal at the 2020 edition of the San Francisco World Spirits Competition.
Notify me when this product is back in stock.

This product is available in: DC, KY Unfortunately, we can't ship to PO Boxes and APO addresses. 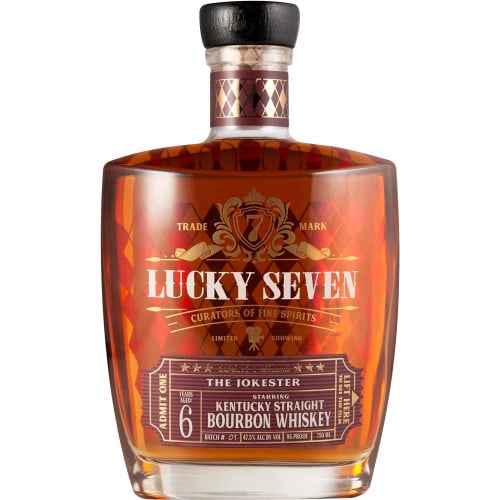 Lucky Seven "The Jokester" 6YO is a 6-year-old Kentucky straight bourbon whiskey with a rich and deep profile that has notes of dried fruit, nuts, vanilla, and spice. It's all beautifully balanced and complex. The bourbon is bottled at 95 proof and has won a Double Gold Medal at the 2020 edition of the San Francisco World Spirits Competition.