Be the first to review this product
Made exclusively from Bavarian winter wheat, this whiskey was aged in used Pappy Van Winkle Bourbon barrels.
Add to Wish List
Notify me when this product is back in stock.

Low Gap Bavarian Hard Wheat Whiskey is made exclusively from malted Bavarian winter wheat, which has a high protein content and is ideal for fermentation. Once the wheat has been malted and mashed, it is fermented into a craft beer with an 8.8% ABV. Following fermentation, the wash is twice distilled through Coale's antique, 15-hectoliter cognac still. After distillation, the whiskey is aged in three different types of barrels: new American oak casks, 350-liter French Limousin oak barrels that were previously used to age brandy, and used American oak barrels that were previously used to mature Pappy Van Winkle Bourbon.

After the whiskey has aged for a minimum of two years, it is brought to proof using rainwater and bottled by hand. The whisky has an oaky aroma, with touches of toasted wheat, chocolate and crackers. The aroma fades into notes of sweet caramel, malt, butter and tobacco on the palate, and ultimately leads to a finish accented by raisins, prunes and plums.

Oaky aroma, with touches of toasted wheat, chocolate and crackers. The aroma fades into notes of sweet caramel, malt, butter and tobacco on the palate, and ultimately leads to a finish accented by raisins, prunes and plums. 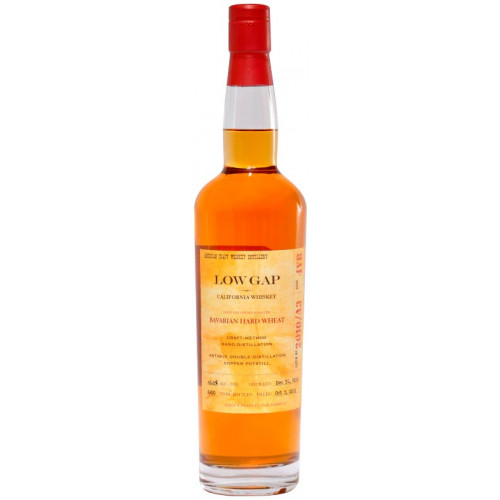