Learn more
Size750mL Proof92 (46% ABV) *Please note that the ABV of this bottle may vary
This legendary, heavily peated Longrow was distilled in 1974, and bottled a quarter century later.
Notify me when this product is back in stock. 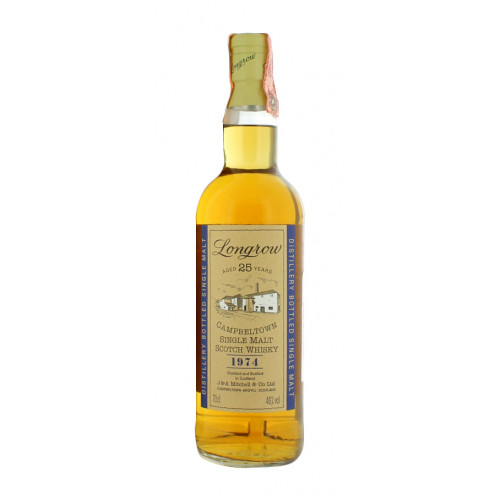 By the turn of the century — as worldwide demand for Scotch whisky seemed insatiable — distilleries throughout Scotland began cutting corners and outsourcing parts of the distillation process. Springbank Distillery, however, remained true to its Scottish heritage. Today, it remains one of only two distilleries in Scotland to perform every step of the whisky making process — from malting barley to bottling whisky — on the same premises. This legendary heavily peated Springbank bottling was distilled in 1974 and bottled 25 years later.

Crisp Apples, oak, earthiness, and robust smoke on the nose. The palate is peaty with spice, hints of citrus peel, and notes of pepper. The finish is earthy and spicy with bold peat notes.