Size750mL Proof92 (46% ABV)
This Johnnie Walker Blue blend is a rare special release, comprised of grain whiskies from long defunct “ghost” Scotch whisky distilleries.
Notify me when this product is back in stock. 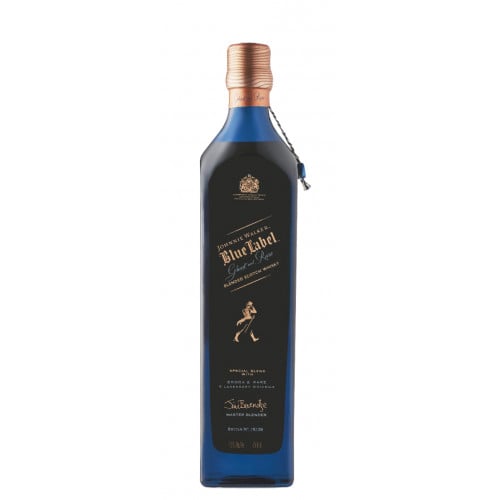 Johnnie Walker Blue Label Ghost and Rare is the first in a series of special releases. This blend is comprised of grain whiskies from long defunct “ghost” Scotch whisky distilleries, eight treasured Scotch Whiskies including three “ghost whiskies from silent distilleries of Cambus, Pittyvaich and the Highland Single Malt along with five rare expressions of malt and grains from the existing distilleries of Royal Lochnagar, Clynelish, Glenkinchie, Glenlossie and Cameronbridge. Overseen by Johnnie Walker Master Blender, Dr. Jim Beverage, Brora lies at the heart of this incredible expression, imparting a delicious peatiness and sophisticated subtle sweetness. The result is a wonderfully smooth Scotch, with the fruity sweetness of pineapple, rich notes of hazelnut and dark chocolate and a subtle smoky finish.