Size750mL Proof112 (56% ABV)
Sourced from Alberta Distillers Ltd., these barrels were picked out by the late great Robert Cooper. At 20 years, it's the only US-made rye whiskey of its age on the market at the time of release. 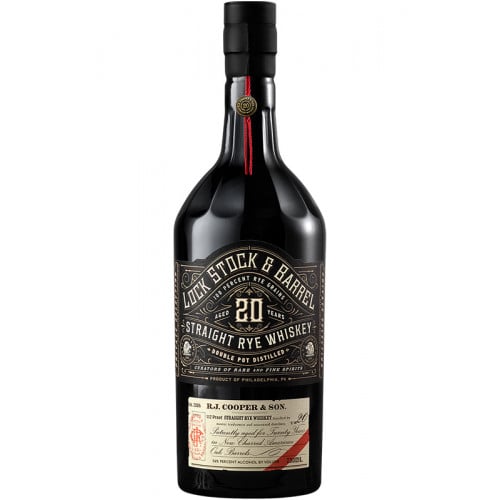 This release was aged for a whopping 20 years, making it the only US-made rye whiskey of its age on the market at the time of release. Sourced from Alberta Distillers Ltd., the barrels were hand-selected by the late great Robert Cooper, a 3rd-generation distiller who passed away unexpectedly in 2016 at the age of just 39.

Double-distilled in copper pot stills from a rare mash bill of 100 percent rye grain, the “robust cut” is meticulously hand selected by distillers before being aged in new charred American oak barrels in a cold climate. Its lengthy time in the barrel harmonizes this spirit, avoiding being over-oaked due to the climate, lack of toasting, and 3.5 barrel char. The opaque black bottle protects the 112-proof spirit from light exposure, giving it a striking appearance.

Get your bottle of this 20-year-old rye whiskey today!

The nose opens with inviting spice, toffee, and stone fruit aromas. On the palate, there are caramel, clove, cinnamon, warm spice, dates, dried apricot, cantaloupe, and black pepper. The finish is long and smooth with butterscotch, honey, and rye spice.