Size750mL Proof116.8 (58.4% ABV)
The 5th release of the Little Book Chapter series is Freddie Noe's reflection on the influences that have shaped him as a distiller. It celebrates the innovation and exploration that is at the heart of the brand. 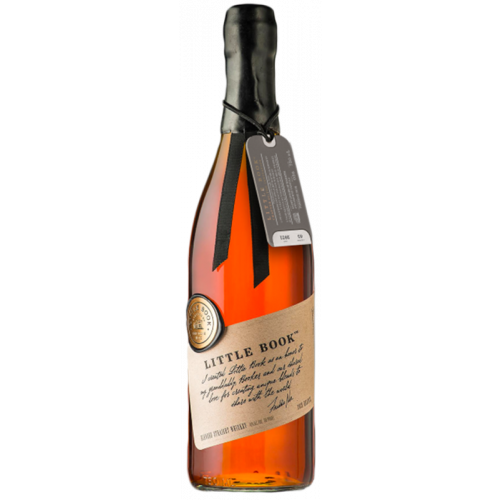 Eighth generation Beam family member (and the great-great-grandson of Jim Beam) Freddie Noe comes from a long line of legendary distillers. In 2017 he achieved his vision of making his own line of whiskey, launching Little Book Whiskey. With over 220 years of tradition on his shoulders, he had some pretty large shoes to fill. That he did, but not before earning it and climbing the ranks. It was during that time that he found he shared his grandfather's passion for experimentation.

Chapter 5 is called The Invitation. It goes out to seasoned whiskey drinkers and newcomers alike, reflecting on the influences that have made Freddie Noe the distiller that he is. It's a celebration of the past 5 years of innovation and exploration that are at the heart of Little Book. 4 components go into the final blend. The first is a 2YO Kentucky straight bourbon that's a complex, balanced, creamy, and sweet spirit. The second is a 3YO malted 100% rye whiskey that brings peppery spice into the mix. A 5YO Kentucky straight bourbon brings hints of vanilla, corn sweetness, and smoothness. Finally, a 15YO Kentucky straight bourbon contributes mature oak notes that add complexity. The whiskey is bottled at 116.8 proof.

You can expect aromas of peppery spice, cereal, and hints of nuttiness on the nose. On the palate, you'll find black pepper, vanilla, toasted grain, oak, brown sugar, and caramel. Finishes spicy with lingering baking spices.