$286.99
Caskers Rewards members earn up to 14 store points back when buying this bottle.

This product is available in: DC, NV, NY Unfortunately, we can't ship to PO Boxes and APO addresses.

This product is available in: DC, NV, NY Unfortunately, we can't ship to PO Boxes and APO addresses.

Caskers Rewards Caskers Rewards members earn up to 14 store points back when buying this bottle. Learn more
Out of stock
Skip to the end of the images gallery 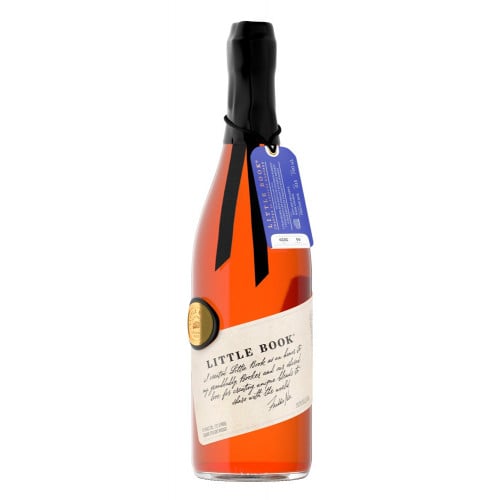 Eighth generation Beam family member Freddie Noe comes from a long line of legendary distillers. In 2017 he achieved his vision of making his own line of whiskey, launching Little Book Whiskey. With over 220 years of tradition on his shoulders, he had some pretty large shoes to fill.

Named in honor of the nickname Freddie’s grandfather Booker gave him: Little Book. This annual whiskey series features new, unique blends every year — his first batch of liquid gold was released in 2017 Little Book Chapter 1: The Easy Blended Straight Whiskey. Uncut, unfiltered, and always one-of-a-kind, each small batch is a limited release, allowing Freddie to innovate and explore the limitless potential of flavor.

The fourth release in the annual limited-edition series is Chapter 4: Lessons Honored. This blend was crafted in honor of the wealth of experience Freddie's father passed down to him while they were working together. "This year's release is an ode to my dad and the lessons he has passed down to me about bourbon and life, all of which I hope to pass down to my own children."

Get your bottle of this unique and bold whiskey today!

The nose has oak, spice, and herbal undertones. On the palate, you'll find cinnamon, brown sugar, charred wood, and dried cherries. The decadent finish has lingering caramel, black pepper, and an explosion of cinnamon.