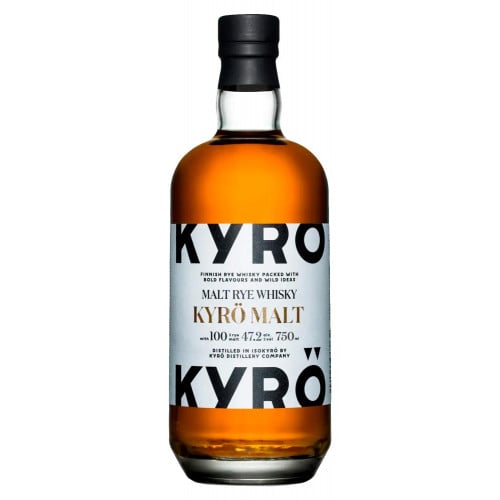 Kyrö Malt is the first Finnish single batch rye whisky, made from 100% malted Finnish wholegrain rye with only intense and spicy Finnish rye, smoothening pot distillation and bold barrels used in the production of this unique spirit. Aged through dark winters and bright summers in new American white oak casks and ex-bourbon casks, it’s double pot distilled. Kyrö Malt is adored for its aromatic nose of vanilla, caramel and earth rye as well as its palate of sweet rye bread, honey and wild berries. It was even awarded Gold outstanding at IWCS 2020. Best enjoyed neat, with ice or in a premium cocktail.

Kyrö Malt offers you an aromatic nose of vanilla, caramel, dried fruits and earthy rye. The palate delights with notes of sweet rye bread, honey and wild berries while the peppery finish is complimented by hints of mocha and caramel.