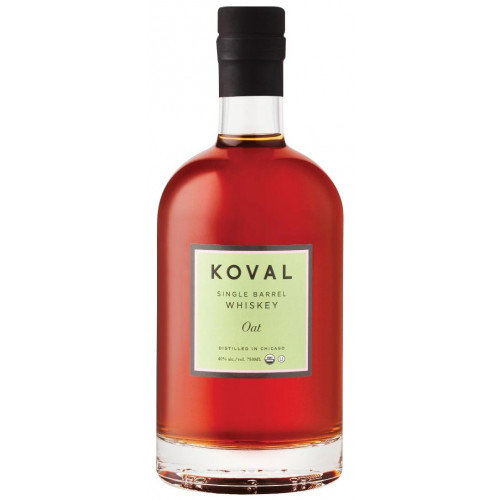 Koval distillery is a grain-to-bottle operation. For this special expression they use 100% organic oats sourced from the Midwest. Aged for up to 4 years in 30-gallon new, American oak charred barrels sourced from Minnesota, this single barrel has primary notes of caramel and oats with a rich, creamy finish. Only the “heart cut” of the distillate, makes the final cut (no “heads” or “tails”).

On the nose, are notes of wood, caramel, and vanilla bean. Heavy notes of oatmeal fresh cream and sugar, vanilla, and a hint of mint reside on the palate. The body is rich, creamy and soft, yet complex. The finish is clean and smooth.