Be the first to review this product
This powerful rye is double barrel finished in level 4 char barrels, transforming the spirit into an artful harmony of spicy rye and oak.
$55.99
Add to Wish List

Knob Creek offers a solid core lineup of whiskeys and bourbons, all of which have made the brand one of the most popular labels on the market today. Rye Whiskey has made a huge comeback in the industry in recent years, and Knob Creek’s

Knob Creek Twice Barreled Rye starts out as Knob Creek’s Best-in-Class Rye Whiskey before being transferred to a new, level 4 charred oak barrel for additional aging. This transforms the into a powerful spirit with enhanced oaky aromas. The whiskey’s re-exposure to the flavorful, smoky fresh barrel char results in the pinnacle of harmony between spicy rye and oak from the secondary barrel-finish.

This powerful rye is double barrel finished in level 4 char barrels, transforming the spirit into an artful harmony of spicy rye and oak. 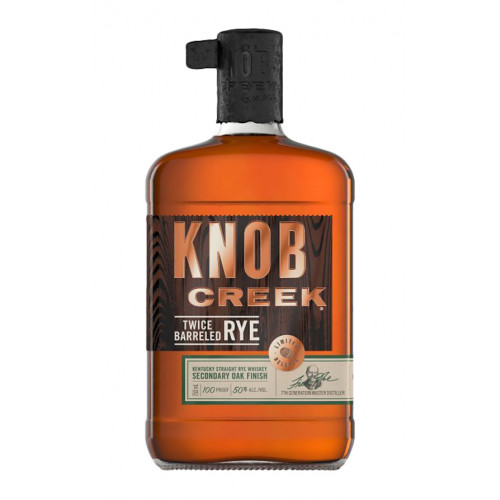