This product is available in: CA, DC, IL, ND Unfortunately, we can't ship to PO Boxes and APO addresses.

Size750mL Proof120 (60% ABV)
Aged for a minimum of nine years and bottled at a robust 120 proof, this bourbon was developed personally by Booker Noe, grandson of Jim Beam.

This product is available in: CA, DC, IL, ND Unfortunately, we can't ship to PO Boxes and APO addresses. 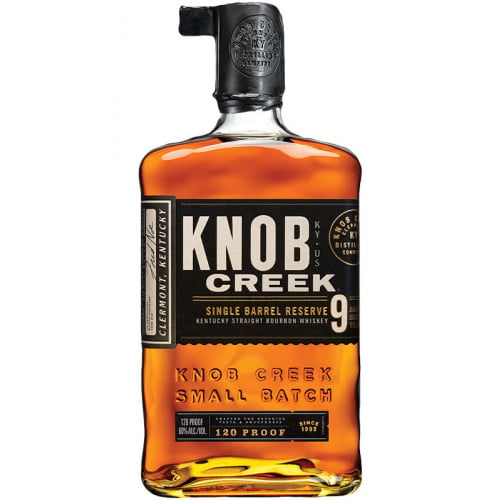 While most bourbons are blended together from multiple barrels to ensure consistency of flavor, Knob Creek Reserve Single Barrel Bourbon is bottled from single casks, hand-picked based on their final age, rack placement and other proprietary methods passed down for many generations. Aged for a minimum of nine years and bottled at a robust 120 proof, the bourbon has a deep amber and henna color, as well as an aroma of toasted nuts, vanilla bean and oak. The palate is filled with dried fruits, maple syrup and a rum sweetness, and leads to a finish marked by a woody, cinnamon spice, evergreen and caramel.