Learn more
Size750mL Proof100 (50%) ABV *Please note that the ABV of this bottle may vary
This Knob Creek Quarter Oak is rested in quarter cask barrels before being married with Kentucky straight bourbon whiskey.
Notify me when this product is back in stock. 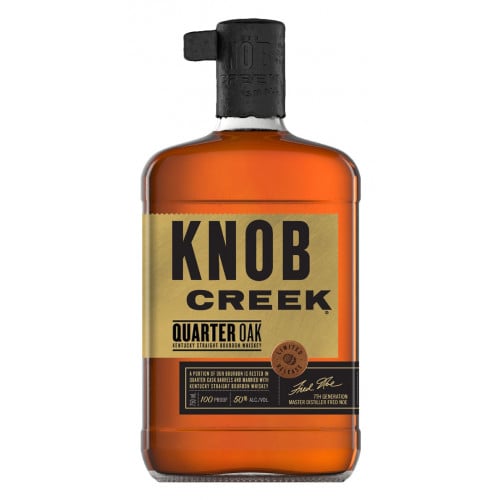 Knob Creek Bourbon was created by Beam’s grandson, Booker Noe, who after joining the family business in 1950 was promoted to Master Distiller just ten years later. Booker talked like a true Kentuckian and was known for his contagious personality, and through his launch of the “Small Batch Bourbon Collection” — the collection includes Knob Creek as well as Basil Hayden’s, Booker’s and Baker’s bourbons — he is often credited as the father of the small-batch bourbon movement.

Aroma of toasted nuts, vanilla and oak. Palate is filled with oak tannins, dried fruits, maple syrup and a rum sweetness, and leads to a finish marked by an oak woodiness, cinnamon spice, evergreen and caramel.