Caskers Rewards members earn up to 2 store points back when buying this bottle.
Size750mL Proof120 (60% ABV)
This exclusive Barrel No. 6562B was hand selected by the Caskers team in 2018. It's a limited run of only 102 bottles in total.
Notify me when this product is back in stock. 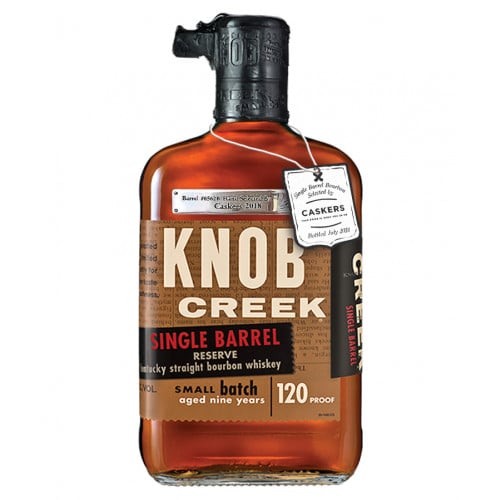 While most bourbons are blended together from multiple barrels to ensure consistency of flavor, Knob Creek Reserve Single Barrel Bourbon is bottled from single casks, hand-picked based on their final age, rack placement and other proprietary methods passed down for many generations. This single barrel Knob Creek is a limited run of 102 bottles. The exclusive barrel no. 6562B was hand selected by the Caskers team in 2018, and aged in warehouse E, floor 4, rack 19, tier 2 for nine years.

Pick up a bottle of your own while you still can!