Size375mL Proof100 (50% ABV)
The age statement is back on Knob Creek's legendary best-seller. Created by Booker Noe, the father of small-batch bourbon, it's a rich, sweet, and full-bodied expression.
Notify me when this product is back in stock. 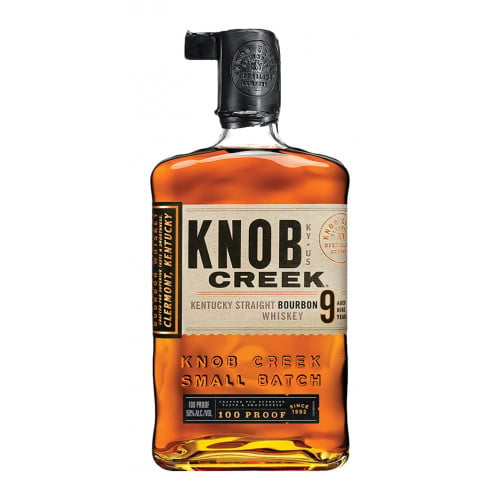 Knob Creek Bourbon was created by Beam’s grandson, Booker Noe, who after joining the family business in 1950 was promoted to Master Distiller just ten years later. Booker talked like a true Kentuckian and was known for his contagious personality, and through his launch of the "Small Batch Bourbon Collection" — the collection includes Knob Creek as well as Basil Hayden’s, Booker’s and Baker’s bourbons — he is often credited as the father of the small batch bourbon movement.

In 2016 the much-loved 9-year-old Small Batch Bourbon lost its age statement due to inventory issues. Now it's making its return in style with the label proudly stating: Knob Creek 9 Year Old Small Batch Kentucky Straight Bourbon Whiskey. Aged for 9 years and bottled at 100 proof, it's the Knob Creek you know and love.

This is a rich, sweet, and full-bodied bourbon. The nose leads with oak, caramel, and vanilla, along with some earthy notes and a hint of rye spice. The caramel and vanilla are joined by nutty overtones on the palate, as well as some dark chocolate and peppery spice. Finishes long, woody, spicy, and slightly dry.