Learn more
Size750mL Proof100 (50% ABV) *Please note that the ABV of this bottle may vary
This special bottle of nine year old bourbon commemorates the 2015 Belmont Stakes, in which American Pharaoh was crowned the first Triple Crown winner in over 35 years.
Notify me when this product is back in stock. 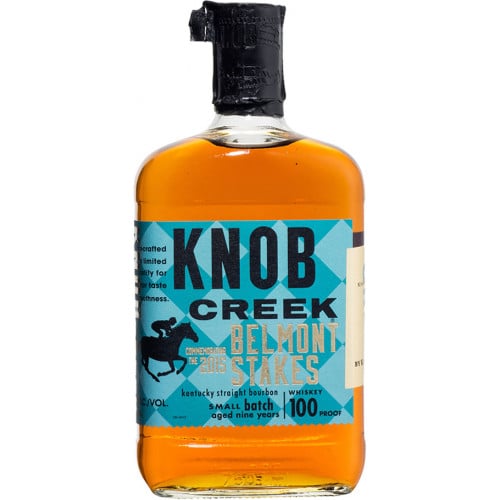 Knob Creek 2015 Belmont Stakes Kentucky Straight Bourbon has a noticeably dark color, with an aroma of oak, caramel, cherries and sour peach candy. The palate is filled with notes of fresh toast, maple syrup and beer nuts, and leads to a long, smooth finish with just a bit of a bite.

With his victory at the 2015 Belmont Stakes, American Pharoah became the first Triple Crown winner since Affirmed in 1978, making this collector’s item an instant piece of history. Pick up a rare piece of history today!

Noticeably dark color, with an aroma of oak, caramel, cherries and sour peach candy. The palate is filled with notes of fresh toast, maple syrup and beer nuts, and leads to a long, smooth finish with just a bit of a bite.