Learn more
Size750mL Proof100 (50% ABV)
This impressive Bottled-In-Bond whiskey earned Double Gold, Best-In-Category at the San Francisco World Spirits Competition.
Notify me when this product is back in stock. 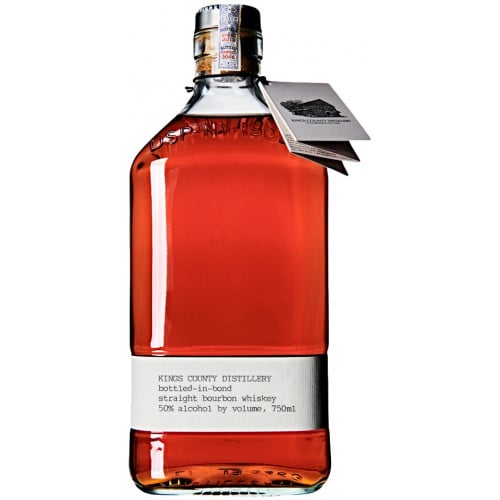 Kings County is among the very first craft distillers to release a style of whiskey that can be considered the highest class of American Whiskey.  Bottled-in-Bond is a designation that refers to American whiskeys (and some brandies) that are distilled, aged, and bottled entirely at one distillery, from barrels filled in one season, by one distiller. Furthermore, the whiskey must be four years old and bottled at precisely 100 proof.

Characterized by a rich aroma of fresh corn, balanced with the sweet caramelized oak sap from small barrels.  It has a very strong sweet base with flavors of vanilla and caramel, a deep molasses taste to the middle notes, and leaves a smooth finish with hints of cinnamon and autumn spices.