Learn more
Size750mL Proof92 (46% ABV) *Please note that the ABV of this bottle may vary
This whisky was named the Lowlands/Campbeltown Single Malt of the Year in 2013 by Whisky Advocate.
Notify me when this product is back in stock. 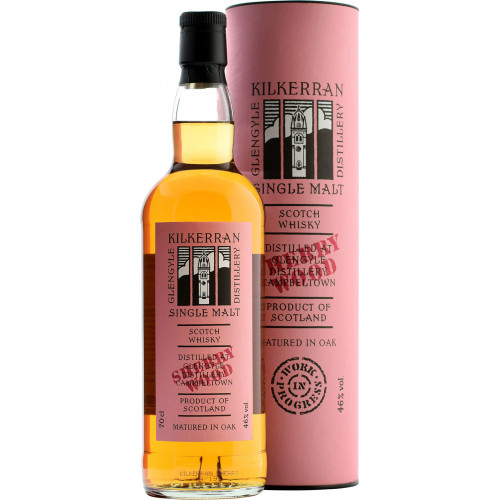 Glengyle Distillery was founded in Campbeltown in 1872 by William Mitchell. After five decades of distilling malt whisky, the distillery was forced to close its doors as a result of Prohibition. In 2004, Hedley Wright — the great-great nephew of William Mitchell and the chairman of J&A Mitchell & Co Ltd. — purchased the distillery and equipped it with a pair of modified stills formerly used by the Ben Wyvis Distillery in Invergordon before reopening its doors.

Today, Glengyle Distillery is operated by the staff of Springbank Distillery, and uses barley that has been malted at Springbank in order to produce its own single malt whisky. In addition, the distillery is the focus of innovation and experimentation for the Springbank staff — the distillery has used peated malt (a type of malt typically reserved for distilleries on Islay) and has quadruple distilled whisky in order to test its texture and flavor profile.

While it continues to experiment with new methods and equipment, Glengyle Distillery also releases a new batch of whisky each year, allowing consumers to gauge the progress of its whisky as it matures. KMatured exclusively in sherry casks, the whisky has an aroma of chocolate, orange zest and marzipan that gives way to notes of honey, dates, toasted cinnamon and raisins on the palate. The finish is slightly sweet, with notes of citrus and dark chocolate accented by touches of pepper.

Aroma of chocolate, orange zest and marzipan that gives way to notes of honey, dates, toasted cinnamon and raisins on the palate. Finish is slightly sweet, with notes of citrus and dark chocolate accented by touches of pepper.