Learn more
Size750mL Proof86 (43% ABV) *Please note that the ABV of this bottle may vary
Aged for a decade in Tamdhu’s signature sherry style, this classic whisky won a Gold medal at the San Francisco World Spirits Competition.
Notify me when this product is back in stock. 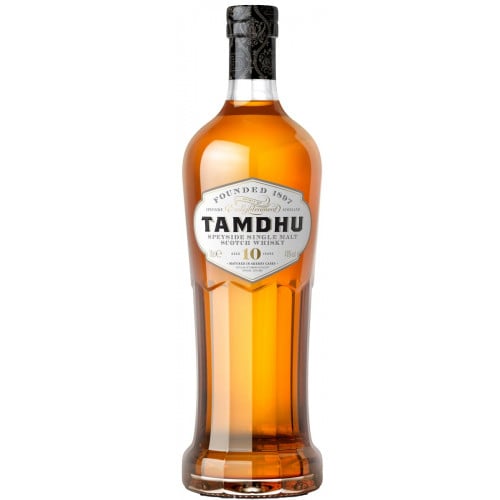 Inspired by the Diamond Jubliee of 1897, which celebrated then-Queen Victoria’s 60 years on the throne, a group of Scottish merchants and whisky traders pooled together capital (roughly equivalent to £20 million in today’s currency) to build the most technologically-advanced distillery the world had ever seen. After procuring land adjacent to the River Spey, the group hired Charles C. Doig, the most esteemed distillery architect and engineer of his time, to construct the industrial masterpiece. The result was Tamdhu Distillery, the most modern distillery of its era.

Tamdhu Distillery survived the ups-and-downs of the 20th century until finally closing in 2011 — shortly after its closing, the distillery was purchased by Ian Macleod Distillers, and is now producing whisky by the same exacting standards which earned Tamdhu Distillery its sterling reputation over the prior century.

Tamdhu has a solid core lineup aged exclusively in the finest sherry oak casks, a characteristic that defines their quality of their whiskies. A hint of peated barley, coupled with water drawn directly from the Tamdhu spring on the banks of the River Spey, generates a masterful combination.

As the first release in their maturing range of whiskies, this 10-year-old is Tamdhu’s signature single malt, aged for a decade in the finest Oloroso Sherry casks. Non-chill filtered, naturally colored, and brimming with soft notes of vanilla, toffee, with just a whisper of peat smoke, this incredible whisky won a Gold medal at the 2016 San Francisco World Spirits Competition.

On the nose, enjoy a softness of vanilla and sugared almonds, balanced by fresh oak and cinnamon. The palate bursts with fruit and spice - gently revealing toffee and the richness of sherry oak. The taste finishes with a touch of fresh fruit, becoming pleasantly drying - slowly unveiling the wisp of peat smoke.