Size750mL Proof107 (53.5% ABV)
The second release in the resurrected Kentucky Senator brand is named after William J. DeBoe, the first Republican from Kentucky to serve as senator. Crafted with a mash bill of 75% corn, 21% rye, and 4% malted barley, the expression is limited to 1,300 bottles.
Notify me when this product is back in stock. 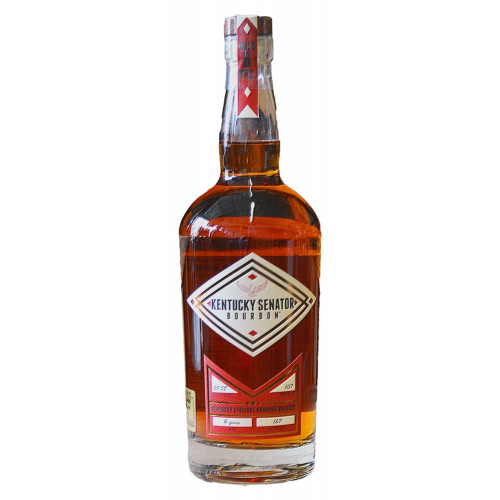 The Crigler family were immigrants from Germany. At the end of the 19th century, Llewellyn Crigler partnered with his uncle, Robert Crigler, forming the Crigler & Crigler company in Covington, Kentucky. It's there that the Kentucky Senator whiskey brand was distilled as well as bottled originally, before the brand migrated to Double Springs Distillers in Bardstown, Kentucky.

The brand was recently revived by Andre Regard and Damon Thayer with the goal of restoring Kentucky Senator to its glory days. Regard comes from a long Kentucky lineage, being a direct descendant of Basil Hayden. The entrepreneur and equine attorney has partnered with Thayer, a Kentucky senator who has championed bourbon at the state Capitol. Together they formed Kentucky Senator Spirits, LLC in 2019 in order to bring back the Kentucky Senator brand. Each release will be named after a US senator from the Bluegrass State.

Kentucky Senator Batch 2 is named after William J. DeBoe, the first Republican from Kentucky to serve in the Senate. He was in office from 1897 to 1903. The expression is aged 6 years, corresponding with the time the physician and lawyer served as senator. The whiskey is crafted with a mash bill of 75% corn, 21% rye, and 4% malted barley. Limited to 1,300 bottles, the expression is bottled at 107 proof.

Get one of only 1,300 bottles of this whiskey today!

The nose opens with caramel, vanilla, spice, and a touch of tropical fruit aromas. On the palate, you'll find a pleasant fruity sweetness with banana, caramel, and black pepper notes. The finish is gently warming and spicy with fruit and a touch of nuttiness.