Size750mL Proof112.8 (56.4% ABV)
With the growing demand for aged rye whiskey, Kentucky Owl's inventory has dwindled. The Last Rye is the fourth and final release of this premium series, a 112.8-proof blend of Kentucky straight rye that has spent 10 to 13+ years in new charred oak barrels. 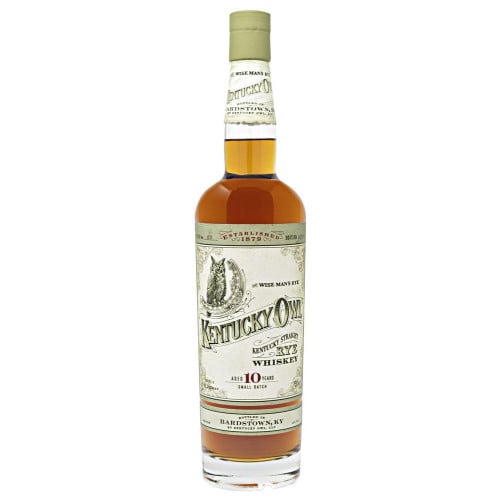 As the popularity of rye whiskey soars, there has been much demand for Kentucky Owl's premium releases that have garnered so many awards. As the number of fans grew, their inventory of aged whiskey dwindled. The Last Rye is the fourth and final in the series. "This release marks the end of an amazing journey for me. I am very proud of this release and think it’s ending on a very special note. Save this one for the right occasion," says Master Blender Dixon Dedman. A blend of 10-year-old Kentucky straight rye and Whiskey aged more than 13 years in new charred oak barrels, it's a sweet and full-flavored expression that is going to please fans for one last time.

Join the Kentucky Owl rye on its last flight today!

The nose opens with bright citrusy and floral notes, followed by vanilla, oak, and brown sugar. It's rich on the palate with oak, roasted nuts, caramel, and spiced dark cherry. Waffle, butter, syrup, and spice notes are all in there. It finishes long with spicy black pepper lingering.