Size750mL Proof86 (43% ABV)
This is the first single malt release from Kavalan to be created for mixing into your favorite premium cocktails. 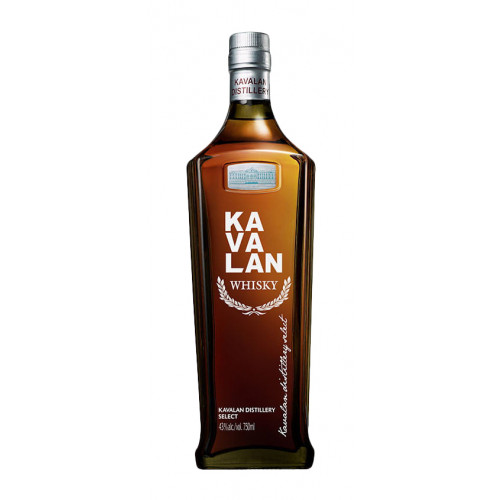 Kavalan Single Malt Whisky is crafted by the King Car Group, which was established in Taiwan in 1956. The whisky is made entirely in Taiwan from malted barley that is imported from Scotland. Once the grains arrive in Taiwan, they are milled and mashed, before being fermented with water drawn from springs situated in the Central and Snowy Mountain ranges.

This incredibly pure and quintessentially Taiwanese water source adds slightly mineral, round flavors to the whisky. Following fermentation, the wash is distilled through lantern-shaped copper-pot stills that were previously used at the Glenlivet Distillery. Due to the small size and shape of the stills, the whisky interacts with the copper, resulting in an incredibly pure and fruity flavor profile.

This release from Kavalan is the first single malt from the brand to be created for mixing cocktails. Crafted by master blender, Ian Chang, the whisky is matured "in select malt neutral casks" to showcase the characteristics of the Taiwanese climate without too much wood influence. Bottled at 86 proof.

Vanilla notes on the nose mix with tropical fruits and floral notes leading into a smooth and mellow body with the same signature tropical fruit flavors shining through, with the addition of cherry and green apple.