Size750mL Proof90 (45% ABV)
This incredible whiskey earned 92 pts from the Beverage Tasting Institute and a Gold Medal at the San Francisco World Spirits Competition. 1% of all the proceeds from this whiskey is donated to various golf charities/organizations.
Notify me when this product is back in stock. 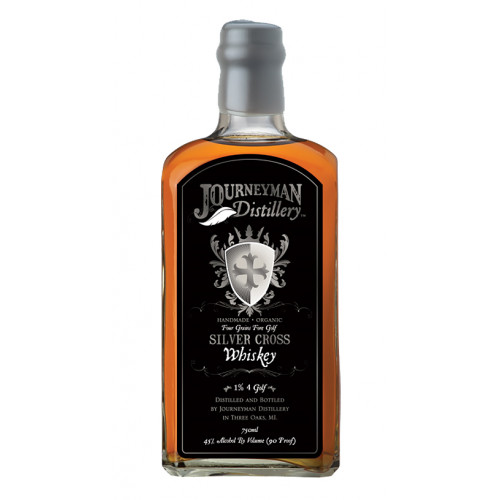 Silver Cross Four Grain artisanal whiskey is comprised of four types of grain in equal parts. Distilled in a way to highlight the flavor profile of each grain in the whiskey itself. The Silver Cross name is inspired by a medal that was given out in the early days of the British Open, which would later come to symbolize friendship, tradition, camaraderie and spirited competition. 1% of all the proceeds from this whiskey is donated to various golf charities/organizations to teach kids the game of golf and instill in them good core values. This incredible whiskey earned 92 pts from the Beverage Tasting Institute and a Gold Medal at the San Francisco World Spirits Competition.