Journeyman Not a King Rye Whiskey

Size750mL Proof90 (45% ABV)
Not a King Rye is a tribute to George Washington, who was not only the first US president, but also one of America’s first distillers.
Notify me when this product is back in stock. 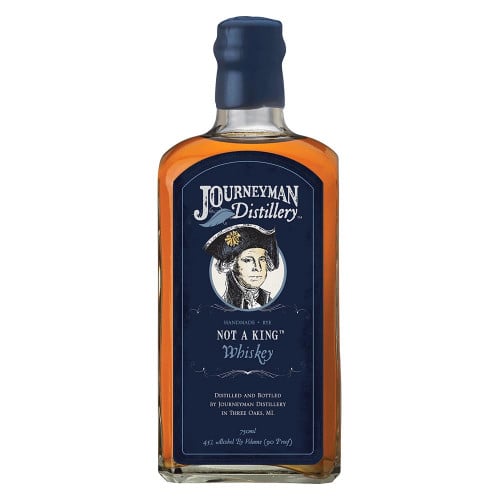 About Journeyman Not a King Rye Whiskey

Not a King Rye is a tribute to George Washington, who was not only the first US president, but also one of America’s first distillers. After his victory over the British, he was celebrated by the masses as the first King of America. Washington famously stated that he was “Not a King.” In honor of the first president, this limited release whiskey is made available on Presidents Day each year. This incredible spirit earned 5-stars / Highest Recommendation from F. Paul Pacult’s Spirit Journal, and received a Gold medal at the 2018 Berlin International Spirits Competition.