Learn more
Size750mL Proof114.6 (57.3% ABV) *Please note that the ABV of this bottle may vary
Made in homage to a Whiskey that has been produced since the dawn of the American Revolution, this barrel proof rye is bottled at a remarkable 117.2 proof. 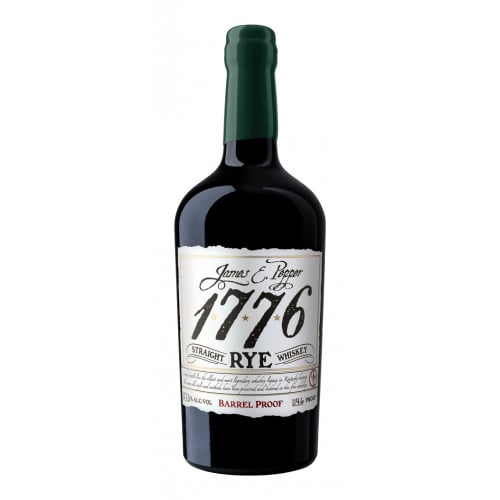 Elijah Pepper began distilling Whiskey at the dawn of the American Revolution and during the War of 1812, he built the first log cabin distillery in Versailles, Kentucky. Eventually, he passed the family business on to his son, Oscar, and then on to his grandson, James E. Pepper.

Colonel James E. Pepper was one of Kentucky's first Bourbon aristocrats — he raced thoroughbreds in the Kentucky Derby, traveled in a private rail car and made famous the Old Fashioned cocktail. “Pepper Whiskey is an old fashioned Whiskey, made in the old time way from a formula used for more than 100 years by three generations of the Pepper family,” wrote James, in an advertisement dated August 22, 1887. “We claim not only to make the oldest but absolutely the purest and best brand of Whiskey made in America, and we invite comparison with any Whiskey of any age.”

In 1958, after the Whiskey industry fell on hard times, the James E. Pepper Distillery was forced to close its doors. During its tenure, Pepper Whiskey, or “Old 1776 Whiskey” as it became it known, was a favorite of Presidents Andrew Jackson and Ulysses S. Grant, and was preferred by Daniel Webster, a leading American statesman and senator from Massachusetts.

“Before re-launching this iconic brand,” says Amir Peay, “we did extensive research and spent years collecting and analyzing full, preserved bottles of original Pepper Whiskey.” Peay even acquired a letter written by Pepper himself, detailing the exact mashbill and recipe used to create Old 1776. “We wanted to pay homage to Pepper's legacy and do our best to recreate the original Pepper Whiskey — something that was part of American history,” he says.

The high-rye mash bill, non-chill filtration and overproof character result in a Whiskey with spicy aromas of crushed pepper, tobacco, barrel char and licorice. The chewy palate is filled with more herbs and spices, particularly cedar, and leads to an exceptional finish with hints of black cherry, charcoal smoke and mild sweetness.

"We used the same traditional methods that Pepper championed in order to restore these Whiskeys," says Peay.

Try a brand-new take on a traditional Whiskey today!

Spicy aromas of crushed pepper, tobacco, barrel char and licorice. The chewy palate is filled with more herbs and spices, particularly cedar, and leads to an exceptional finish with hints of black cherry, charcoal smoke and mild sweetness.