Size750mL Proof117 (58.5% ABV)
This limited release Corsets, Whips & Whiskey is a bottle of single-grain, barrel-to-glass Michigan terroir. In 2022, this wonderful offering won Whiskey of the Year at the ASCOT Awards.
Notify me when this product is back in stock. 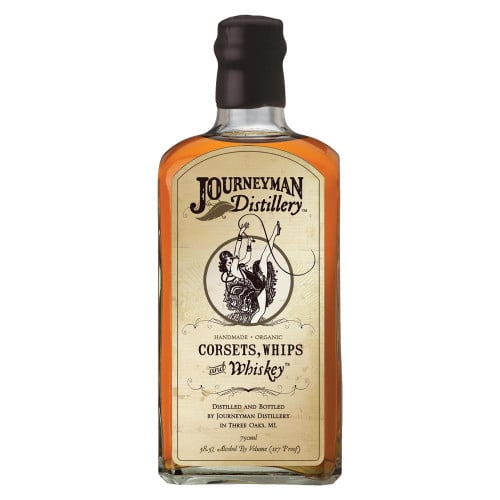 Journeyman Distillery is located in an 1800’s corset and buggy whip factory in Three Oaks, Michigan, once a dry town. Corsets, Whips & Whiskey is a single-grain, cask strength barrel-to-glass limited release whiskey, showcasing the high quality and terroir of the organic Michigan wheat used to produce it. The 100% wheat provides a soft sweetness and smoothness to this whiskey unlike any other and reminiscent of an Irish whiskey on the palate. In 2022, this wonderful offering won Whiskey of the Year at the ASCOT Awards.