Size750mL Proof80 (40% ABV)
New York's skyline is a symbol of progress. This special-edition release of the celebrated Blue Label celebrates the Big Apple with a unique design. Inside, you'll find the whisky that is renowned for its unparalleled smoothness.
Notify me when this product is back in stock. 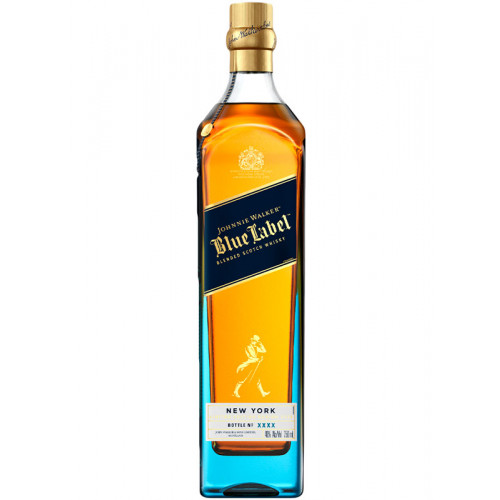 The Blue Label is something of an institution. Only 1 in 10,000 casks from the company’s reserves of over 10 million maturing whiskies have what it takes to be blended into this masterpiece, including some extra-precious casks from long-closed "ghost" distilleries. Johnnie Walker Blue Label Blended Scotch Whisky represents the epitome of blending and the pinnacle of the House of Walker whisky. The special releases of this whisky are highly collectible and sought-after with various different designs. This one takes its inspiration from New York City with a design that depicts the iconic Big Apple skyline. A celebration of progress, this limited-edition Blue Label whisky makes a great gift beside being immensely collectible.