Caskers Rewards members earn up to 11 store points back when buying this bottle.
Size750mL Proof92 (46% ABV)
This intricate and fascinating limited edition has aromas and flavors reminiscent of custard and dark sugars, fresh apple and an appealing herbal character.
Notify me when this product is back in stock. 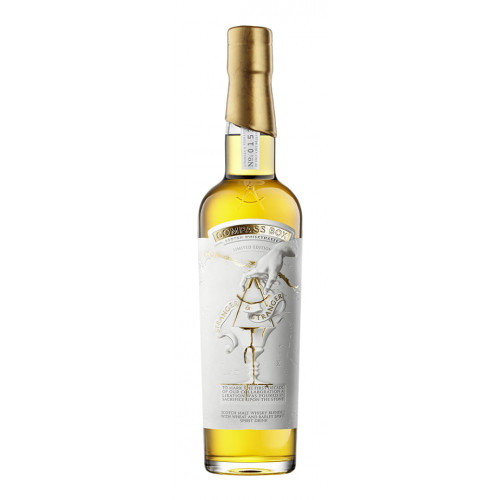 Compass Box Hedonism is a unique blend of grain Scotch whisky. Nearly a century ago, grain whiskies were common across Europe but were overtaken in terms of popularity when the larger distilleries in Scotland began focusing on single malt whisky. "When good Scotch grain whisky is aged in good quality American oak casks, the results can be stunning," says Glaser.

This special expression consists of one-year-old grain spirit from Girvan which was aged in experimental American oak barrels before being put into a refill hogshead for “safekeeping”. This whisky celebrates ten years of collaboration with the package design company Stranger & Stranger. This intricate and fascinating limited edition has aromas and flavors reminiscent of custard and dark sugars, fresh apple and an appealing herbal character.

Aromas and flavors of custard and dark sugars, fresh apple and an appealing herbal character. It has a sweetness on the palate that will call you back to the glass.