Size750mL Proof112 (56% ABV)
Aged at sea on a huge container vessel. This cask strength bourbon made its stop on five different continents and crossed the equator four times during its journey.
Notify me when this product is back in stock. 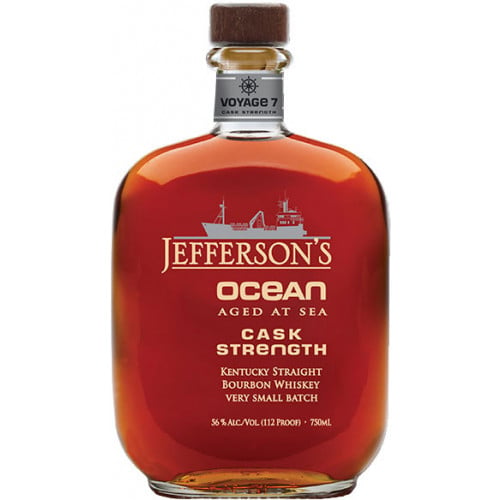 Jefferson’s Ocean Aged At Sea Cask Strength Bourbon is first matured in older bourbon casks for approximately six to eight years on land, before the casks are placed on a ship and allowed to rest for another several months at sea. At sea, the bourbon and oak casks are forced to mingle with each other as the ship — which stops in five different continents and crosses the equator four times during the journey — rolls back and forth over the water. In addition, the temperature and barometric pressure fluctuations during the sea voyage cause the oak staves to expand and contract, and allow the bourbon to extract more of the tannins and flavor from the oak during its maturation.

We have only a handful of bottles available.