Learn more
Size750mL Proof100 (50% ABV) *Please note that the ABV of this bottle may vary
This limited release rye is treated like a Scotch, finished in Pedro Ximenez & Oloroso Sherry Casks.
Notify me when this product is back in stock. 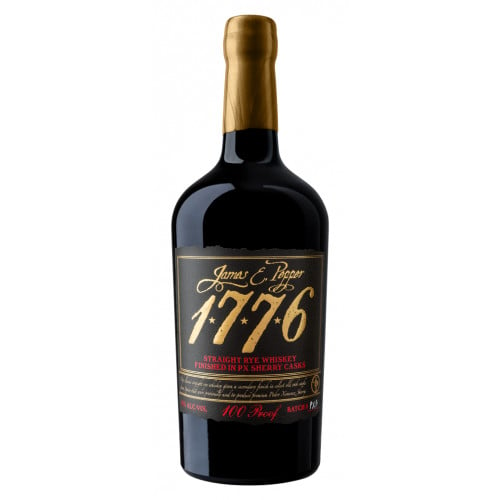 In 1958, after the whiskey industry fell on hard times, the James E. Pepper Distillery was forced to close its doors. During its tenure, Pepper Whiskey, or "Old 1776 Whiskey" as it became it known, was a favorite of Presidents Andrew Jackson and Ulysses S. Grant, and was preferred by Daniel Webster, a leading American statesman and senator from Massachusetts.

In the spirit of the Scottish tradition, James E. Pepper 1776 Rye Whiskey Sherry Cask is finished in Pedro Ximenez & Oloroso Sherry Casks. This whiskey is rich in flavor, with an impeccable, subtle complexity. Expect decadent notes of dark chocolate, raisins, molasses, fruitcake and rye spice. This limited release is unfiltered and bottled at 100 proof.