Size750mL Proof80 (40% ABV)
Crafted in honor of Jack Daniel's original distiller and founder, this whiskey goes through their charcoal mellowing process an additional time, resulting in an exceptionally smooth and approachable spirit.
Notify me when this product is back in stock. 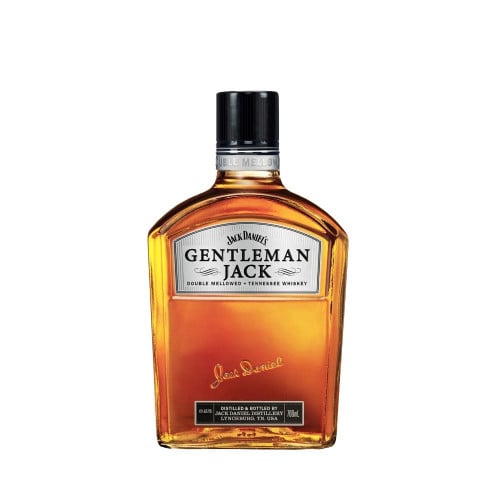 Gentleman Jack is a tribute to the original gentleman distiller, Jack Daniel. This whiskey goes through another round of their proprietary charcoal mellowing (or filtering) process, resulting in an even smoother spirit with oak, caramel, and vanilla notes. The 80-proof spirit is approachable and clean.

Grab a bottle of this approachable and extra-smooth whiskey today!

The clean and soft nose has sweet aromas of vanilla, honey, and caramel. On the mellow palate, you'll find a pleasant sweetness, less oak, honey, as well as a touch of nuts, citrus, and black pepper. The finish is exceptionally smooth.