Size750mL Proof118.4 (59.2% ABV)
This Ironroot flagship bourbon showcases heirloom corns, bursting with complexity, it has received countless awards including Gold at the 2017 World of Whiskies Awards and San San Francisco World Spirits Competitions.
Notify me when this product is back in stock. 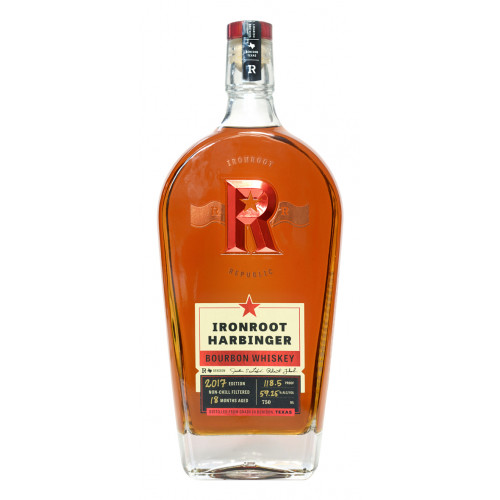 Robert has a background in law, as a graduate of Austin College and St. Louis University Law School. After completing his degree, he realized his passion was distilling. He has studied under some of the best-known craft distillers in the United States including Hubert Germain-Robin, Don Poffenroth, and Chip Tate.

Born in El Paso and raised in West Texas, Robert’s brother and co-founder, Head Distiller and COO of Ironroot Republic Jonathan Likarish, is a passionate Texan who studied Industrial Engineering at Texas Tech in Lubbock, and Biomedical Engineering in St. Louis. Together the brothers have created stunning small-batch products that have received endless accolades.