Size750mL Proof92 (46% ABV)
Tuthilltown Distillery’s Bright Lights, Big Bourbon is a grain-forward straight bourbon from the Hudson Whiskey range, distilled from a mash bill of 95% corn and 5% malted barley, and aged for at least 3 years in new, charred oak barrels. This expression is as bold and unapologetic as its makers.
Notify me when this product is back in stock. 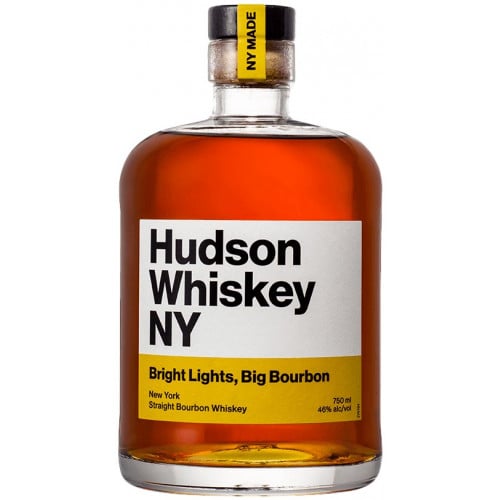 Bright Lights, Big Bourbon is a bold, grain-forward straight bourbon from the Hudson Whiskey range. It is distilled from a mash bill of 95% New York corn and 5% malted barley, and aged for minimum of 3 years in new, charred oak barrels. This expression, bottled at 92 proof, is kosher certified.

Strong start with rich vanilla and oak on the nose continues with lightening notes of stone fruit, corn bread, caramel, and cashew on the palate. The finish is long and warm.