Learn more
Size375mL Proof92 (46% ABV) *Please note that the ABV of this bottle may vary
This limited-edition whiskey is a blend of casks that survived Tuthilltown Distillery's devastating fire in 2012.
Notify me when this product is back in stock. 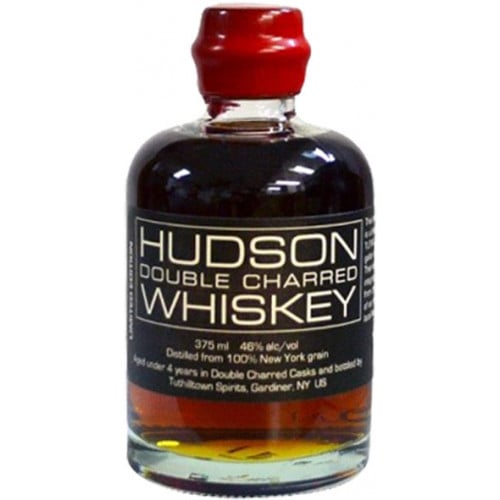 For nearly 220 years, the Tuthilltown Gristmill — located off Albany Post Road in Gardiner, New York — used waterpower to mill local grains into flour. In 2001, Ralph Erenzo acquired the property and, together with a partner, converted one of the mill's granaries into a distillery. At the time, Erenzo had little experience distilling spirits. After purchasing a furnace from eBay and a German pot still without instructions, he distilled his first batch of vodka using apple scraps from a nearby orchard in the Hudson Valley.

Following the distillation of apples, Erenzo began experimenting with the distillation of whiskey. "Our first aged spirit was an experiment that turned out quite well indeed," he says. "And since we are a small batch shop, we can change direction overnight. We also realized early that whiskey was coming back, in particular the interest in straightforward aged spirits; people are just tired of the same old thing. And we copied no one."

In September, 2012, the Tuthilltown Distillery suffered a fire – vapors leaking off of one of the distillery’s stills exploded, setting the entire stillroom ablaze. Fortunately, none of Tutilltown’s employees were seriously injured, and the equipment itself escaped without permanent damage; however, approximately 100 of the distillery’s 10-galloon casks were charred heavily on their exterior, eliminating any markings or indications of what was inside. After the fire, Erenzo set these barrels aside to age, and on the two-year anniversary of the fire Erenzo began blending and bottling these casks to commemorate Tutilltown’s recovery.

The resulting spirit, Hudson Double Charred Whiskey, is a 100% New York grain spirit with a spicy rye nose balanced by notes of vanilla, candy corn, apples and peaches. The whiskey has a pleasant bite on the palate, accented by lemon and peppercorn, and finishes smooth with a spicy earthiness reminiscent of wine tannins.

Only 2,670 of these limited-edition bottles will ever be available to the public. Pick one up today!

Spicy rye nose balanced by notes of vanilla, candy corn, apples and peaches. Peasant bite on the palate, accented by lemon and peppercorn. Finishes smooth with a spicy earthiness reminiscent of wine tannins.