Size750mL Proof90 (45% ABV)
This expression is a sugarcane juice rum or rhum agricole that has been aged to perfection in ex-bourbon and French oak, bringing it into well-aged American whiskey territory with additional candied fruit notes.
Notify me when this product is back in stock. 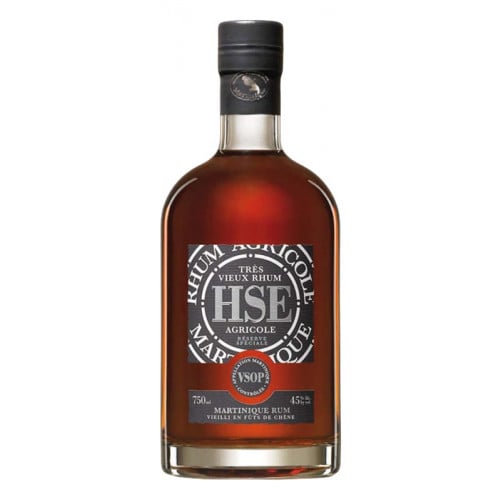 The HSE Rhum Agricole Tres Vieux VSOP is crafted with 100% sugarcane juice before being meticulously aged in French oak and bourbon casks until perfection. It flirts with well-aged bourbon territory while bringing Creole flavors, spice, and candied fruit to the table. Bottled at 90 proof, this expression has garnered several awards.

It's a rich nose with plenty of candied fruit notes including apricot, peach, and cantaloupe. There are toasted nuts, caramel, coffee, and cloves in there as well. The palate has a warmth to it with the notes from the nose transferred beautifully. The finish is mellow and long-lasting.