Size750mL Proof86.8 (43.4% ABV)
Aged for 28 years, this bourbon was awarded five stars by the Spirit Journal.
Notify me when this product is back in stock. 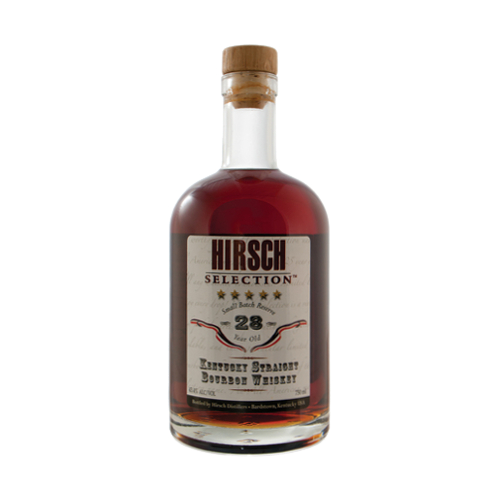 The use of wooden barrels to store and transport liquids dates back to 2690 B.C., when ancient Egyptians during the Early Dynastic Period began replacing clay vessels with wooden casks in order to meet the demands of their sprawling civilization. The advantages of wooden barrels were evident — not only were they less fragile than clay vessels, but their cylindrical shape allowed them to be rolled rather than carried across short distances. As settlers along the Nile quickly realized, however, barrels made from wooden staves were rather porous — any liquids stored in the barrel slowly evaporated as the barrel "breathed."

As whiskey ages in wooden casks, it evaporates through the pores of the wood. On average, approximately 2% of aging whiskey is lost to evaporation each year — this 2% is commonly referred to as the angel's share. In the United States, federal regulation requires that bourbon be made from a mashbill of at least 51% corn and aged in new, charred oak casks. Bourbon that meets these requirements and that has aged for a minimum of two years may be called straight bourbon.

Hirsch Selection Small Batch Reserve 28 Year Old Kentucky Straight Bourbon has been aged for a minimum of 28 years in charred oak barrels and is bottled at just over 86 proof. Needless to say, the angels got their fair share.

Named after Adolf Hirsch, a former executive of the Schenley Co. who bought some aging barrels of bourbon from the famed Michter's Distillery distillery before it closed in 1988, Hirsch 28 Year Old Bourbon was awarded the highest recommendation by F. Paul Pacult's Spirit Journal. With no added coloring or flavoring, Hirsch 28YO Bourbon is the quintessential American bourbon.

Bold, slightly woody aroma of oak, caramel and dark chocolate. Initial palate of maple, oak, and tobacco. Fades to notes of chocolate and coffee, with a long finish.