Learn more
Size750mL Proof91.4 (45.7% ABV) *Please note that the ABV of this bottle may vary
For those who appreciate the time it takes to make something extraordinary, Highland Park 30 Year Old is for you.

Boasting an exceptional balance of delicate smoke and seductive sweetness, Highland Park 30 Year Old demands the respect of even the most seasoned palate; elegantly delivering the flavors of vanilla, honey, citrus, fruit, and warm spices. 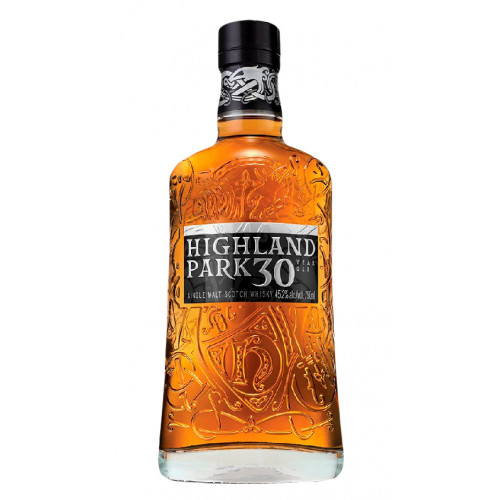 Long ago, Highland Park’s master distiller wisely laid down a collection of casks that would remain untouched for three decades, resulting in one of the finest single malts ever to leave the island of Orkney. Boasting an exceptional balance of delicate smoke and seductive sweetness, Highland Park 30 Year Old demands the respect of even the most seasoned palate; elegantly delivering the flavors of vanilla, honey, citrus, fruit, and warm spices. A perfect 30th birthday or 30th anniversary gift, Highland Park 30 Year Old is a recommended addition to your well-curated whisky collection.