We're showing you items that ship to AK.

Size750mL Proof92 (46% ABV)
This special blend of rye whiskeys, which was awarded 93 points from Tasting Panel Magazine, was aged in oak barrels that previously contained vermouth and syrah.
Notify me when this product is back in stock. 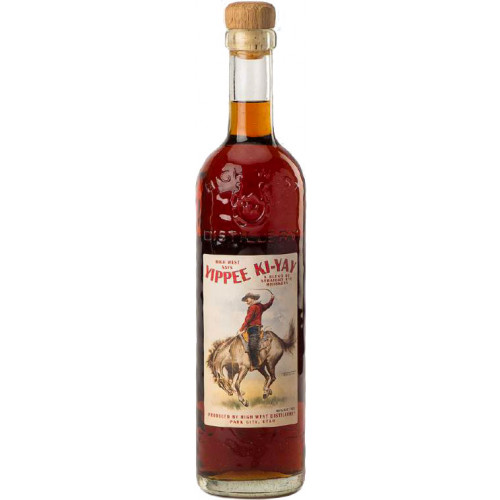 Situated at the bottom of the Quitting Time Ski Run in Park City, High West Distillery & Saloon is the first distillery in Utah since Prohibition and the only ski-in gastro-distillery in the world. “We wanted to call High West a ‘saloon,’ says David Perkins, High West's founder, “because we wanted to pay homage to the history of saloons in the old West and the important role they played in each and every town that had one. The saloon was the main meeting place where town hall was held, important announcements were made, and people went to eat and drink. We want people to share that sense of community and friendship over High West.”

As a result, High West Yippee Ki-Yay has a beautiful, ruby red color and a nose filled with cinnamon, creme de cassis, and herbs such as rosemary and sage. The palate shows sweeter notes of vanilla, caramel and blackberries, and leads to an exquisite finish complete with orange peel, mint chocolate and clover honey.

Previously available only at High West locations, Caskers has now secured an extremely limited quantity for our members.

Beautiful, ruby red color and a nose filled with cinnamon, creme de cassis, and herbs such as rosemary and sage. The palate shows sweeter notes of vanilla, caramel and blackberries, and leads to an exquisite finish complete with orange peel, mint chocolate and clover honey.